What age group am I?

1. Under 17 – A rower or coxswain may compete as an Under 17 competitor until the 31st of December of the year in which s/he reaches the age of 16.

2. Under 19 – A rower or coxswain may compete as an Under 19 competitor until the 31st of December of the year in which s/he reaches the age of 18.

3. Under 23 – A rower or coxswain may compete as an Under 23 competitor until the 31st of December of the year in which s/he reaches the age of 22.

4. Senior – A rower or coxswain of any age may compete as a Senior.

5. Master – A rower may compete as a Master from the beginning of the year during which s/he attains the age of 21. Master’s Age Classifications (age reached as of the current calendar year):

Guidelines of Club Use

The Mic Mac Amateur Aquatic Club Rowing program (MMAAC Rowing) designates a limited amount of space for members in good standing to store privately owned rowing shells (PORS). Details on the process for requesting and maintaining storage of PORS on site are outlined in the following document:

Please feel free to contact the club at: micmacaacrowing@gmail.com with any questions.

All coaches at Mic Mac AAC Rowing are in-training, trained, or certified by Rowing Canada Aviron (RCA) as either Learn to Row Instructors, RCA Coaches, and/or RCA Performance Coaches. Each are experienced rowers, have completed Emergency First Aid / CPR training, obtained their Pleasure Craft Operators Card, and have been approved through the Criminal Records check with HRM Police. 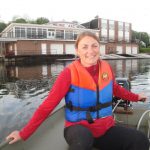 Tracy started rowing in 1990 and represented Team Nova Scotia at the 1993 Canada Games. After a break from the sport, she returned as a Masters Rower at Mic Mac AAC in 2011. Since then she has continued to row and has become increasingly involved in the sport. In 2013 she joined the Row NS Board and also volunteered as Manager for Team Nova Scotia Rowing at the 2013 Canada Games. In 2015 she began training to become a Learn to Row Instructor and RCA Coach and achieved certification in both in 2016. She was selected as one of two Women-In-Coaching Apprentice Coaches, and was part of the Coaching Staff for the 2017 Canada Games. Also in 2017, Tracy was one of seven coaches selected by Rowing Canada to be part of their High Performance Coach Mentorship Program. She is currently focussed on recruitment and training of athletes for the 2021 Canada Summer Games. Tracy is energetic and passionate about rowing, and also about providing opportunities for others to feel the same way.

Megan is from Dartmouth, Nova Scotia and has been a member of Mic Mac AAC Rowing since 2017. She began rowing recreationally and transitioned to competitive this year, and currently rows for the competitive senior team at Mic Mac AAC and Dalhousie Rowing. Her previous involvement in sports includes swimming, paddling, and lifesaving sport. This is Megan’s first year as a rowing coach, but has previous coaching experience from being a volunteer coach at elementary schools, coaching running and reading after school programs.

Outside of rowing, Megan is currently pursuing her second degree in social work at Dalhousie University. She is excited to bring her education and previous experiences to her role as a coach!

Maya started rowing in 2016. She rowed recreationally for two years before beginning to compete in the fall of 2018. She has participated in multiple local regattas, and looking forward to travelling to Montreal to compete at ERA’s this summer. Maya attends Dartmouth High, and spends her free time practicing karate, painting, and drawing. She is looking forward to her first summer of coaching this year! 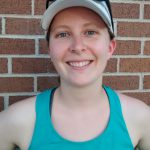 Angela started rowing as a Junior in 1998, right here at Mic Mac AAC. In 2001 she rowed with team Nova Scotia at the Canada Games, competing in the W8+. Soon after, she was recruited by Halifax Rowing Club to cox their master’s women’s 8+ crew that went on to compete at the Head of the Charles Regatta in Boston. In 2006 Angela taught Learn-to-Row at the Vancouver Rowing Club, sharing her knowledge and love for the sport to the eager new athletes. After a few years hiatus from rowing she came back to rowing in NS, and rowed for several years at Halifax Rowing Club and Mic Mac AAC. After successfully leading the Adult Masters Competitive program since 2017, she is excited to continue on the coach for this program in 2019.

Kirsten is a current student and two-time graduate of Dalhousie University. Originally a sailor, she began rowing during her graduate degree, and quickly fell in love with the sport. She is now actively involved within rowing and is currently serving as co-president of Dalhousie Rowing Club. She is excited to coach at Mic Mac AAC Rowing this year. She brings with her 12 years of experience coaching, teaching and mentoring various age groups, sports and experience levels.

Maggie is from Dartmouth, Nova Scotia, and has been rowing since April of 2018. Maggie has always been very active within her community and has been involved in paddling, field hockey, skiing, and rowing. Maggie rows with the U23 Recreational group, and is an outdoors enthusiast who is excited to spend her summer coaching on the lake. Maggie feels strongly about creating a fun and welcoming environment to learn a new sport in, and is ready for the adventures to come on Lake Banook.

Carmen hails from a multisport background of competitive swimming, running, basketball, soccer, ultimate frisbee, and the odd triathlon.  Her involvement in sport has led her to a role as a swimming and land training coach for the past 8 years.

Carmen discovered rowing in 2016 and immediately fell in love with the sport. She competed in singles and doubles in her first year of rowing and began coaching with Mic Mac AAC in 2017. She is currently an engineering student at Dalhousie University and a member of the Mic Mac AAC Adult Masters Competitive Team.

She looks forward to sharing her passion for being on the water with the Mic Mac AAC  Rowing family.

Spencer has been rowing with Mic Mac AAC for the past 10 years. He was recruited for the Adult Masters Competitive program in his first year and contributed to several medal winning crews that summer. Since then Spencer has continued in Masters Competitive rowing and attended numerous regattas, locally and in Ontario. Spencer also has been an Umpire with Rowing Canada Aviron for the past 8 years. This is his first year as a Rowing Coach. He is looking forward to sharing his knowledge and love of the sport, and contributing further to the rowing community.

Remi learned about rowing early in the spring of 2017, when his father was talking about what he read in an article involving the benefits of rowing. As summer break approached, he decided to try rowing in an attempt to diversify his routine from competitive swimming. Remi fell in love with the sport, and a year later, I quit swimming in favor of rowing. To this day he still rows at Mic Mac within the competitive program, participating in every regatta since joining. Remi prides himself on being honest, straight forward and enjoy keeping things active and fun!

Kat is originally from Prince George, British Columbia. She moved to Halifax in 2016, to study Management at Dalhousie University. While growing up, Kat participated in basketball, soccer, dance, swimming, and violin. She began rowing while attending University because she wanted to take up a new sport that was not accessible in her home town. Kat began rowing in the summer of 2017, completing her Learn-to-Row program at the Halifax Rowing Club. Following that, she began rowing and competing with the Dalhousie Novice team in 2017, and the Dalhousie Varsity team in 2018. Kat is excited to be coaching at Mic Mac AAC for the 2019 season, where she can share her love for east coast rowing and guide athletes in refining their skills and attaining their goals!

A committed group of volunteers serves as the Steering Committee for the MMAAC Rowing Club. They manage all aspects of club operations including membership, programming, staffing, finances, equipment, and facilities.

Thank you to our Volunteers

MMAAC Rowing is organized and managed almost exclusively by volunteers.

“It takes a village” to maintain and grow the club, and provide a positive experience for program participants. MMAAC Rowing encourages its members to become involved in the clubs operation. Volunteering is a great way to make friends and to become part of the rowing community. 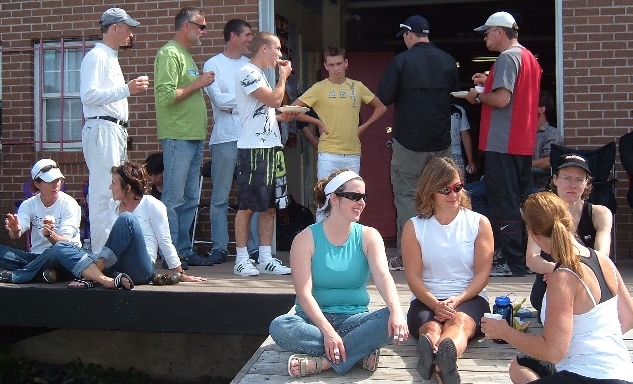 There are various ways you can help out at the club!

Our goal is to share the work, make new friends and have fun!

Parents – you are already supporting our athletes by engaging them in an activity that allows them to be active and outside, learning life skills such as teamwork and communication. Thank you for the many drives back and forth to their practices; for ensuring they are well fed, hydrated, and rested; and that they can pursue their rowing dreams of success!

Coaches – Most coaches work many hours beyond what they are paid for. They attend various training sessions to ensure they are providing a safe environment for their athletes to perform their very best. Ask your Coach what you can do to help… simple acts of assistance help the Coach focus on what is most important.

Fans – Come cheer us on! Whether at a local or international regatta, Novice or high performance, all athletes deserve a cheering section. See our calendar for a list of upcoming events.

Fundraising – there is a cost associated with providing suitable equipment, environment, programs, and coaching to athletes, The best fundraising strategy is to build our membership. Please consider any of the following financial contributions: