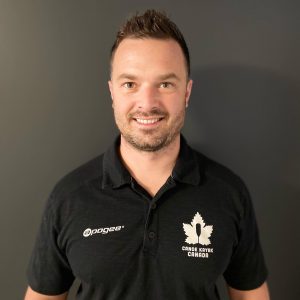 I started paddling at a very early age as paddling had been in my family for many years. I grew up spending every day of the summer hanging around the club gaining new friends and learning how to paddle. As I got older I moved up in the club and became a high performance paddler until I was 18, which is when I found my passion as a full time coach. I started coaching part time when I was 15 and moved my way up from coaching Atoms, to coaching high performance athletes. I will be entering into my tenth summer as the Head Coach of Mic Mac AAC.

My number one coaching philosophy is to have FUN!!! And I do my best to show kids how much fun this sport can be.  I also believe that our sport is a lifestyle not just an activity that fills times.  Through paddling I try to teach my athletes the value of hard work, dedication, leadership and respect, as I believe these are most important values of sport and life. 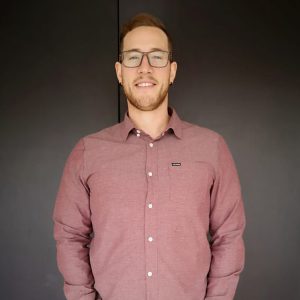 Growing up in Dartmouth Nova Scotia, Adam started his coaching career at Mic Mac A.A.C. working in a variety of roles, including the Assistant Coach from 2013-2015. During his time at Mic Mac he played a key role in the development and success of the Junior High Performance groups as well as reestablishing a winning culture surrounding the clubs historic Warcanoe program.

In 2016 Adam took the next step in his career becoming the Head Coach at Cascades Canoe Club in Chelsea, Quebec. During his five years at Cascades, he was able to grow the paddling program to some of its most successful years, while continuously developing athletes and crews to superior performances at the Provincial, National and International stage, including Canada’s most decorated Junior paddler of all time, Sophia Jensen.

Graduating from Dalhousie University in 2013 with his Honours degree in Kinesiology, and becoming a Certified Strength and Conditioning Specialist, Adam has a broad range of athletic experience working in various sport settings as a coach, athletic trainer, and strength and conditioning coach, in addition to, a Kinesiologist in rehab facilities and a personal trainer.

Currently working on the completion of his Advanced Coaching Diploma, Adam is constantly looking to prove himself as a world class coach.

I think two of the most important components of a successful athlete are mindset and self-accountability. As a coach who is passionate about personal development and looking to lead by example, I am constantly trying to live my philosophy while enhancing the way I educate, inspire and lead my athletes, coaches and community. I am really excited to bring the experience and knowledge I have gained over the last 5 years back home to Nova Scotia to the Club and community where it all started.